How Long It Actually Takes To...

This belongs in the now-familiar category of "things I'd really have said take longer because they are fussy and annoying." Not so long, at all. Also, remarkably similar in time to just taking the bike out to ride out (odd).
Posted by slimbuttons at 4:58 PM No comments:

Like, two weeks ago? three? I started trying to push up from a headstand into a handstand, in yoga.

I have to put my feet against the wall for this; I'm okay in the headstand no wall, but not really in the handstand.

You've probably guessed the end of this story but I'm TELLING IT ANYWAY. IT'S FAST.

I do yoga most days. Every day at the end of class (when I'm headstandin', mostly) I tried this.

It seemed kind of impossible, at first. Like I'd push push and push and just- seriously, nothing. A slight transference of weight from the crown of my head to my pushing hands.

Then three days ago just vzzzmp: up I went, like nothing.

I wanted to give it a couple days to make sure it was not some crazy fluke. It was not; yesterday I was particularly tired, and the mat was slick with sweat, and my hands were in an awkward position: still did it.

It's really satisfying; it feels strong.

I am actively trying to make this a metaphor for other things in life, because in this case I think basically it totally is.

That's all.
Posted by slimbuttons at 1:10 PM No comments:

Clash of Clans: a Dialogue

In which an apparently earnest-ish conversation about "gender binaries" in my ex-clan's chat for Clash of Clans, of which if you have not heard that's just fine, is derailed by various misbehaviors and "teen baby diaper lover".

Note: while the images advance in time from top image to bottom image, in a manner to which you, dear Reader, are no doubt accustomed, the chat within each image--the chat window in Clash of Clans--advances from bottom to top. 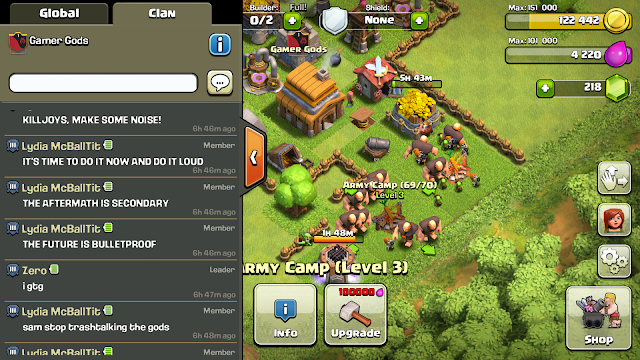 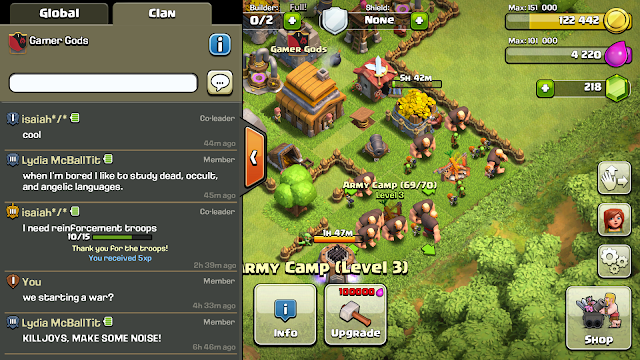 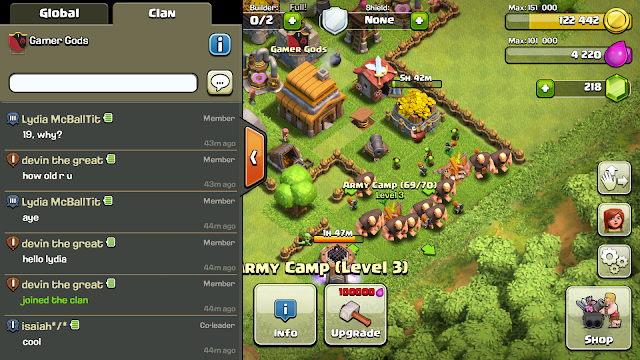 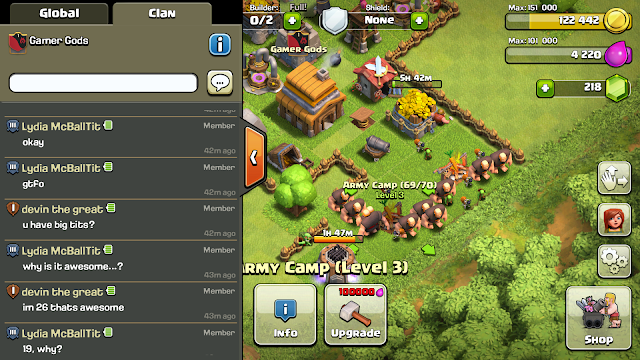 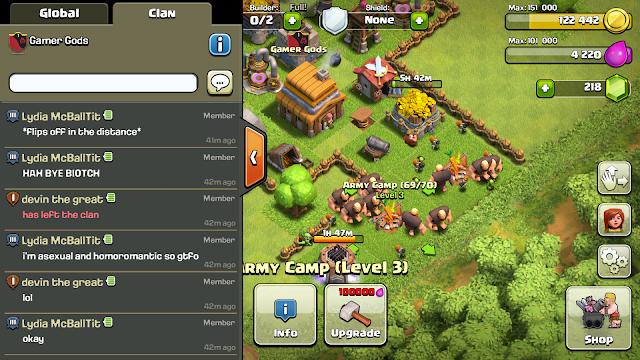 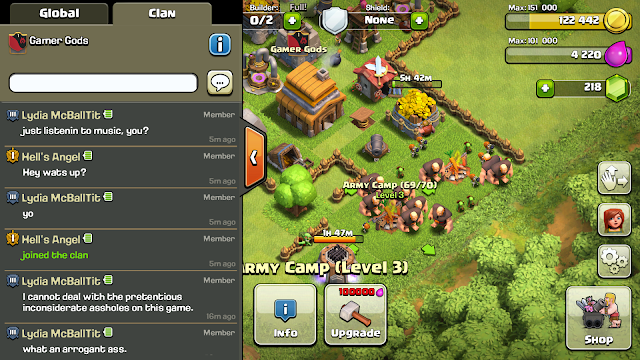 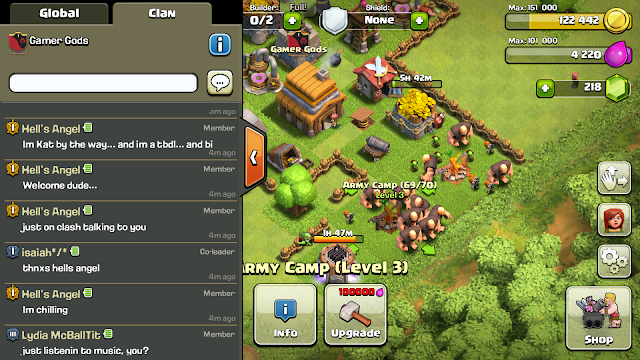 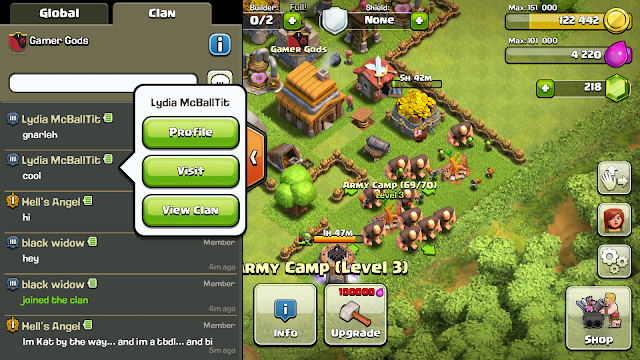 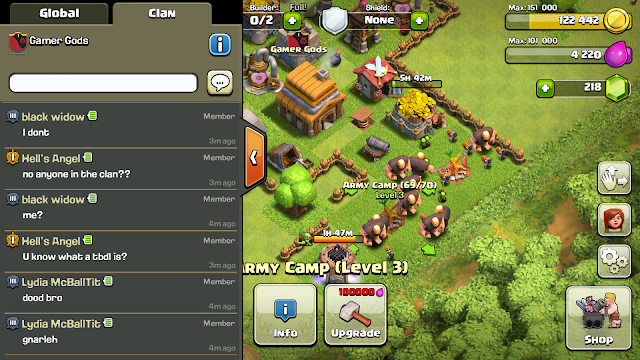 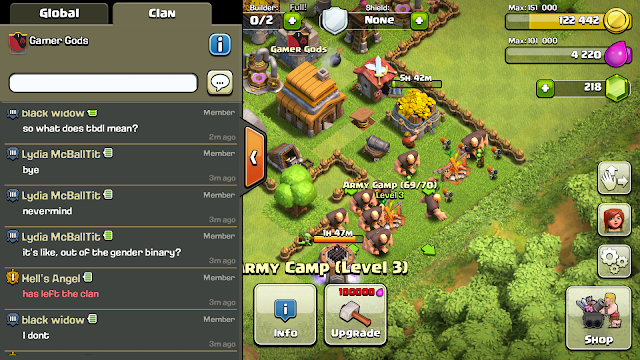 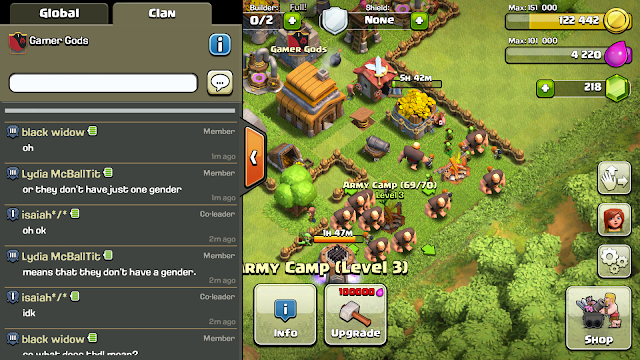 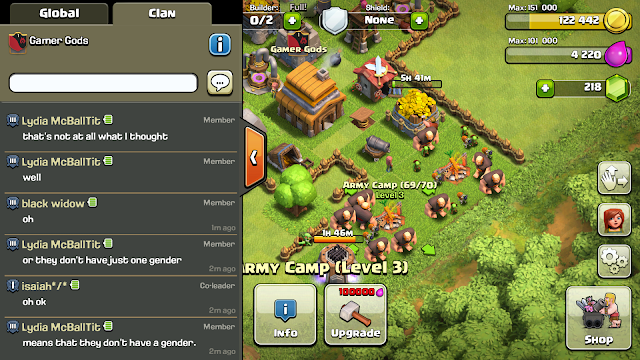 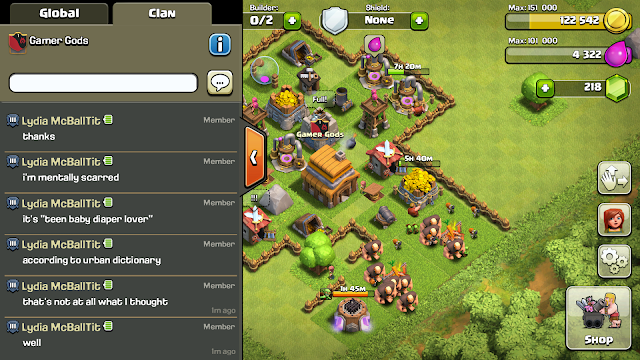 And here's a GIF, in case you wanted to see it in motion:

Posted by slimbuttons at 6:46 PM No comments: