They give you this, at the information station there. 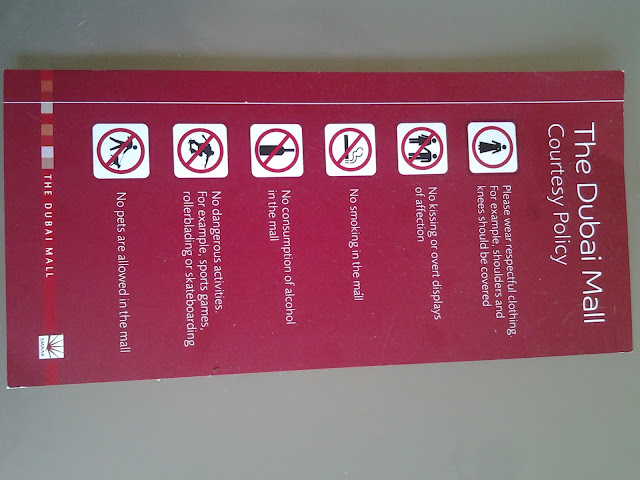 The first request is notably flouted by, in my observation, a host of young eastern European women whose shoulders and knees looked pretty visible.
The Mall is amazing; go if you can. There’s an aquarium big enough to scuba in, a re-creation of the Bellagio fountain that’s kind of bigger and better, and it's all… forgive me I’ll just say the thing I always say in conversation about it: you know that scene in a sci-fi movie that’s like a trading outpost or a cantina, where they sort of ostentatiously show you all the kinds of aliens that reside in this sci-fi universe? The Dubai Mall felt like that, for people. A Wall Street Banker, a Kazakh family, an Indian family, a Chinese tourgroup, a London banker, some randoms like me and P. to whom I still must write.
Posted by slimbuttons at 1:20 PM